Grassini and Wrinkle is not a large, high-volume, corporate-style law firm. We are more of a boutique operation. We only accept a select number of important cases, putting full energy and attention into each one. We work in a collegial environment where every lawyer and staff member has an opportunity to provide input. Most of our lawyers and staff have been with the firm for a long time. We recruit the best attorneys possible, and give them the opportunity to directly impact the outcome of our cases. We believe the client wins when our entire staff is invested in our cases. 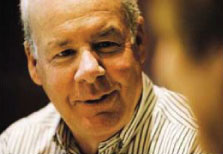 Mr. Grassini is one of only ten lawyers in Southern California, and the only one from the San Fernando Valley, included in the California State Bar Journal listing of “Most Respected Lawyers.” Mr. Grassini is one of only two personal injury lawyers from the San Fernando Valley listed in The Best Lawyers in America (Mr. Wrinkle being the other) and the only plaintiff’s lawyer ever to be featured in Verdict magazine, the California publication of insurance defense lawyers.

Grassini, Wrinkle & Johnson was named as one of the four Top Tier Products Liability “Best Law Firms” by U.S. News and World Report. In 2011, Mr. Grassini was named one of two “2011 lawyers of the year” by Best Lawyers in America. 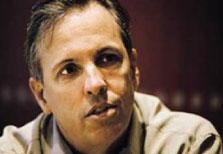 The skill of the firm’s trial lawyers is complemented by Roland Wrinkle’s success in arguing the client’s case on appeal. His many appellate decisions have blazed new inroads in the law and serve as precedents for future cases.

He was voted Appellate Lawyer of the Year by the Los Angeles Trial Lawyers Association. For over 35 years, Mr. Wrinkle has received various awards and honors for his education of other lawyers through teachings and scholarly publications. He is listed in Best Lawyers in America. 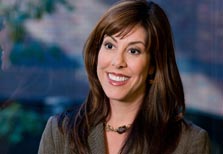 Ms. Grassini is the daughter of the founder of the firm Larry Grassini. She has handled several serious injury and death cases, with and without her father, including cases involving defective products, government liability, airplane crashes, recreational injuries and automobile accidents. Ms. Grassini received a jury verdict of $1,650,000 for the wrongful death of a 90-year-old man, $14,125,000 in a road design case, and obtained several other eight-figure verdicts and settlements. Ms. Grassini has been recognized as a “Rising Star” by Super Lawyers Magazine.
Close